Recent Changes to DACA – Is there Hope for DREAMERS? 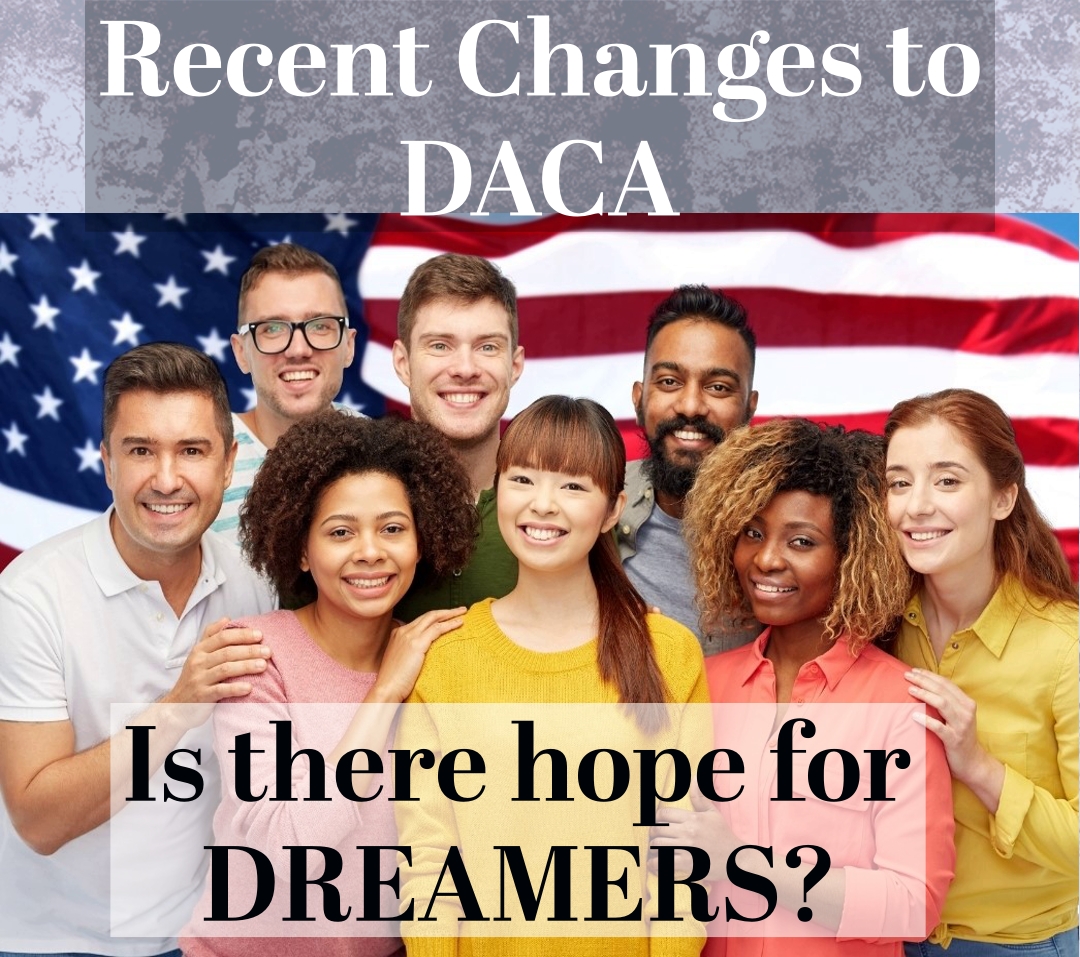 The Department of Homeland Security, DHS, makes changes to the DACA program in the wake of the U.S. supreme court decision.

The Department of Homeland Security (DHS) reconsiders the Deferred Action for Childhood Arrivals (DACA) program in the wake of the U.S. Supreme Court decision that struck down its decision to terminate the program.

Overview of the Deferred Action For Childhood Arrivals.

To offer protection from deportation and give employment authorization to undocumented immigrant children (DREAMERS) brought into the U.S. through no fault of theirs, the Deferred Action for Childhood Arrivals (DACA) program was created in 2012 by President Obama’s administration. The program directed that these undocumented children should not be deported; instead, they should be enrolled in the Deferred Action for Childhood Arrivals program known as DACA, If eligible. Those granted DACA benefits were authorized to remain in the United States for renewable periods of two years with permission to work by applying for Employment Authorization Documents (EADs). However, the DACA program did not provide a direct pathway to permanent residence in the US.

On January 20, 2017, President Trump was sworn into office as the United States’ new President. In September 2017, his Administration announced its intention to terminate the DACA program on March 5, 2018. The move was swiftly challenged in various federal courts by supporters of DACA. Due to several court orders rulings against the Trump administration, the DHS, through U.S Citizenship & Immigration Services USCIS, was compelled to continue processing DACA renewal applications, including EADs, but refused new initial DACA & EAD applications. It also discontinued accepting advance parole travel documents from DACA recipients.

In June 2020, the U.S. Supreme Court held that the Trump Administration did not follow the proper administrative procedures in its termination of the DACA program. The justices said the administration failed to give an adequate justification for terminating the Deferred Action for Childhood Arrivals (DACA) program, as required by federal law. Although the Court held that the decision to terminate DACA was arbitrary and capricious, the ruling made it clear that the Trump Administration can rescind the program so long it follows the proper administrative procedures.

With a new game at play owing to the court decision, the Department of Homeland security, on July 28, 2020, issued a memorandum setting forth changes to limit the DACA program by USCIS, pending a full and careful reconsideration of the DACA policy.  The decision of the supreme court left a lot of dissatisfaction among opponents of the DACA program. As expected, this also left a sour taste for President Trump and allies of the administration. It is non-speculative to say that this Host of disapprovers is still a formidable force. It raises concerns for dreamers as the DACA program’s rescission is still very much on the table.

President Trump has been observed to be swinging between two extremes from breaking all-hell-loose through his efforts to rescind the DACA Program to a July 10, 2020 interview with Telemundo presenter, Jose Diaz-Balart where he said, “The deal was done. DACA is going to be just fine. We’re putting it in. It’s going to be just fine. And I am going to be, over the next few weeks, signing an immigration bill that a lot of people don’t know about. You have breaking news, but I’m signing a big immigration bill”.

He added that it would be a big executive order, and DACA would be a part of it; hours later, the white house attempted to clarify the president’s speech stating that the executive order will not include amnesty. Presently, no one can say for sure what President Trump is planning because his moves are vaguely inconsistent. A vast majority hold the view that President Trump can’t be trusted and will not sign the executive order; many believe he is putting up a show to gain more grounds for the upcoming November election. Rescinding the program is still a significant possibility.

Changes to the DACA Program by the Department of Homeland Security.

While the Department of Homeland Security still considers the DACA program’s rescission, On August 21st, 2020, USCIS issued policy guidance on its changes. This new policy guidance is coming just a few weeks after President Trump announced that he would be signing a new bill that will provide permanent legal status with a path to citizenship for DACA dreamers. This recent action of the USCIS is undoubtedly contradictory to the speech given by President Trump as it does not directly propose any real benefits for DACA recipients. Moreso this validates recent concerns from the majority regarding the trustworthiness of his administration.

The agency has made the following changes to the DACA program:

The future of DACA.

According to the Acting Secretary of Homeland Security Chad F. Wolf, in reaction to the U.S. Supreme court’s decision, the Department of Homeland Security will carefully consider the DACA policy’s future and including; whether to nullify the program altogether. However, with the Trump administration’s efforts to rescind DACA,  the termination of DACA under the Trump administration, sadly, might only be a matter of time. DACA recipients should consider possible alternative immigration options that may be open to them as the Supreme Court’s decision does not restrain the Trump administration from working to rescind the DACA program in the nearest future. Nevertheless, voters could decide the fate of over 700,000 dreamers supported by the DACA program in the coming November presidential election.