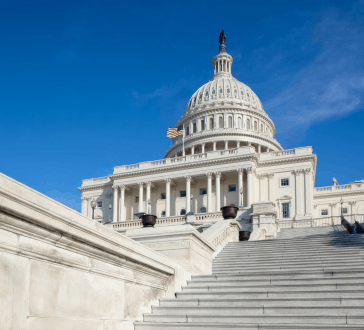 The immigration reform legislation proposed by the senators have four parts which are summarized below:

I. Creating a Path to Citizenship for Unauthorized Immigrants Already Here that is Contingent Upon Securing the Border and Combating Visa Overstays.

According to the senators, the proposed legislation will provide a tough, fair, and practical roadmap to address the status of unauthorized immigrants in the United States that is contingent upon the success of securing the US borders and addressing the issue of individuals who overstay their authorized period of admission into the US.

The proposed immigration reform bill will;

A. Increased efforts of the Border Patrol by providing them with the latest technology, infrastructure, and personnel needed to prevent, detect, and apprehend every unauthorized entrant as well as substantially lower the number of illegal border crossings.

B. Strengthen prohibitions against racial profiling, inappropriate use of force and improve the training of border patrol agents.

C. Put in place an entry-exit system that tracks whether all persons entering the United States on temporary visas via airports and seaports have left the country as required by law.

D. Create a commission comprised of governors, attorneys general, and community leaders living along the Southwest border to monitor the progress of securing the US border and to make a recommendation regarding when the bill’s border security measures outlined in the legislation are completed.

E. Require undocumented immigrants to register with the US government while the border security measures of the proposed immigration legislation are being put into place.

G. Grant undocumented immigrant a probationary legal status that will allow them to live and work legally in the United States.

I. Require the proposed enforcement measures on border security to be completed before any immigrant on probationary status can earn a green card.

K. Require that once the enforcement measures on border security have been completed, individuals with probationary legal status will be required to go to the back of the line of prospective immigrants, pass an additional background check, pay taxes, learn English and US history, demonstrate a history of work in the United States, and current employment, among other requirements, in order to earn the opportunity to apply for lawful permanent residency (green card).

L. Ensure that Individual with a probationary status can only receive a green card after every individual who is already waiting in line for a green card, at the time the Immigration reform legislation is enacted, has received their green card. The purpose is to ensure that no one who has violated America’s immigration laws will receive preferential treatment over those individuals who have complied with the law.

M. Provide that Individuals who entered the United States as minor children will not be subject to the same requirements above as other individuals in order to earn a path to citizenship. This is because they did not knowingly choose to violate any immigration laws.

N. Require that undocumented immigrants who have been working without legal status in the United States as agricultural workers who commit to the long-term stability of the US agricultural industries be treated differently from the rest of the undocumented population because of the role they play in performing very important and difficult work to maintain America’s food supply. These undocumented Immigrants will earn a path to citizenship through a different process under a new agricultural worker program.

II. Improving US Legal Immigration System and Attracting the World’s Best and Brightest

Recognizing the difficulty encounter by immigrant due to the visa backlog which has forced families to live apart and create incentives for illegal immigration. The proposed comprehensive Immigration reform legislation will;

A. Reduce backlogs in the family and employment-based categories.

B. Award green cards to immigrants who have received a PhD or Master’s degree in science, technology, engineering, or math from an American university. This is because it makes no sense to educate the world’s future innovators and entrepreneurs only to require them to leave the US instead of contributing to the US economy

Under this provision, the proposed Immigration reform bill will;

A. Create an effective employment verification system which prevents identity theft and ends the hiring of future unauthorized workers.

B. Require prospective workers to demonstrate both legal status and identity, through a non-forgeable electronic means prior to obtaining employment.

Under this provision,the proposed immigration reform bill will;

A. Provide businesses with the ability to hire lower-skilled workers in a timely manner when Americans are unavailable or unwilling to fill those jobs.

B. Allow employers to hire immigrants if it can be demonstrated that they were unsuccessful in recruiting an American to fill an open position and the hiring of an immigrant will not displace American workers.

C. Create a workable program to meet the needs of America’s agricultural industry, when American workers are not available to fill open positions.

F. Permit workers who have succeeded in the workplace and contributed to their communities over many years to earn green cards.

There are however many questions over the details, such as when the path to green cards and citizenship should start, how long and difficult the process will be. Penalties to be paid, cost of application, other grounds of disqualifications other than criminal grounds.